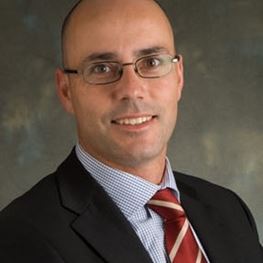 Associate Professor Michael Elliott is a highly experienced ENT, head and neck specialist with particular interest in the thyroid gland and associated conditions.

Graduating from the University of Adelaide, Michael was awarded a Bachelors of Medicine and Surgery (MBBS) in 1996. He completed his internship in Whangarei Hospital in New Zealand before returning to Australia to commence basic surgical training in Sydney. After this, Michael took leave from clinical services to complete a Masters of Philosophy in the field of medical science from Queensland University. He then commenced advanced training in otolaryngology, head and neck surgery back in Sydney which he completed in early 2008 and was awarded his FRACS.

After a 1 year head and neck fellowship at Guy's Hospital (the 3rd largest head and neck unit in the UK), Michael was appointed as a VMO at Royal Prince Alfred Hospital where he works as part of the ENT and head and neck departments, and Lifehouse Chris O’Brien Cancer Centre.

Michael chairs the Thyroid Multidisciplinary Meeting and is actively involved in a number of clinical and translational thyroid research projects.