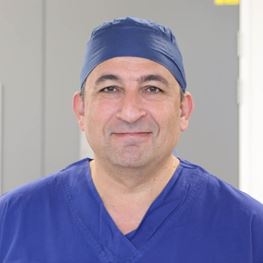 After studying medicine at the University of Sydney, David was awarded his Bachelors of Medicine and Surgery in 1996. He undertook training in general surgery at Royal Prince Alfred and Concord Hospitals and passed the Fellowship of The Royal Australasian College of Surgeons in 2002. He then pursued further training in surgical oncology working as the surgical superintendent at Royal Prince Alfred Hospital in 2005.