Dr Alan Lam is a leading Australian gynaecologist with particular recognition for his expertise in treating complex female health conditions. He has a special interest in keyhole surgery as a way of treating inflammatory womb conditions and pelvic floor issues.

Dr Alan Lam is a highly experienced gynaecologist who specialises in endoscopic treatment of complex endometriosis, pelvic floor prolapse, hysterectomy and myomectomy. Recognised worldwide as an expert and teacher in minimally invasive surgery, Alan has been invited to lecture and demonstrate at numerous international and national scientific conferences and workshops in Australia, New Zealand, Europe, North America, Thailand, Hong Kong, Singapore, China and the Middle East over the last 25 years.

Alan graduated from Sydney University in 1988 and completed his residency at Royal Prince Alfred Hospital before entering sub-specialty training in rehabilitation medicine in 1991. He is currently a VMO to Royal North Shore Hospital, North Shore Private, and the Mater Hospital. Dedicated to education and research, Alan is a Clinical Associate Professor at the Northern Clinical School, University of Sydney where he lectures on endometriosis and pelvic pain. He has been appointed as the Director of the internationally renowned CARE master classes in minimally invasive pelvic surgery since 2000; RANZCOG accredited, it attracts hundreds of participants from around the world. 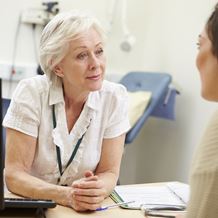 Getting Ready for Hospital

Whilst in our care, your health and safety is our priority.

The Mater's facilities include cafés, a pharmacy, a chapel, gardens and room service.