Dr Edward Barui is an orthopaedic surgeon who has been practicing in Toowoomba for 15 years. He works with his patients and other local health providers to optimise his patients’ orthopaedic care.

Dr Edward Barui is an orthopaedic surgeon who has been servicing the Toowoomba community in private practice for 15 years. Working co-operatively with his patients and other local health providers, Edward endeavours to pursue all avenues of treatment, both surgical and non-surgical, in order to optimise his patients’ orthopaedic care.

After arriving in Australia as a refugee in 1973, Dr Edward Barui completed his education in Brisbane, graduating from the University of Queensland in 1993 with a Bachelor of Medicine, Bachelor of Surgery. He went on to finish his orthopaedic specialist training in 2003, during which time he spent 2 years in a specialty hand unit. In 2005, he pursued his interest in hip and knee surgery, travelling to the UK to complete a fellowship in complex hip and knee surgery at the Royal Infirmary in the UK.

Edward has called Toowoomba his home since 2003, and has been practising privately as an orthopaedic specialist there since 2005. 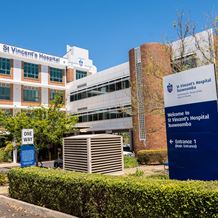