Thyroid nodules should be assessed for the following:

The workup of a thyroid nodule consists of a history for compressive symptoms, assessment of thyroid function and assessing the risk of malignancy.

Typical symptoms of compression such as difficulty breathing on exertion, difficulty lying supine and swallowing difficulty; may indicate possible mass effect by an enlarged thyroid nodule or nodules.  Voice change is of significant concern as this may imply a malignant thyroid nodule is infiltrating the recurrent laryngeal nerve and this symptom should always be treated with a high index of suspicion. Other important features are a family history of thyroid carcinoma and exposure to radiation. Exposure to radiation such as external beam radiotherapy (EBRT) or nuclear accidents carries a risk of malignancy up to 40% in a patient with a thyroid nodule.

TSH should be tested in any patient with thyroid nodule(s) and if abnormal, T3 and T4 should be added. Thyroid malignancy typically does not produce additional hormone. If the TSH is low, a thyroid uptake scan should also be performed. If the uptake scan shows a single hot nodule, this is typically a single functioning adenoma; if multiple nodules show uptake, this indicates a toxic multinodular goitre. Hot nodules have a very low risk of malignancy and are typically not biopsied. Surgery is the most effective method of treating both toxic adenomas and toxic multinodular goitres. Other alternatives include RAI therapy which may require multiple treatment doses or medical management with anti-thyroid drugs such as carbimazole. Diffuse uptake is typically consistent with Graves’ Disease and I would perform thyroid antibodies such as TRAb and TPO antibodies. These patients are best managed by collaboration with an Endocrinologist and Endocrine Surgeon.

The appearance and size of the nodule on sonography are often correlated with a scoring system/guide. The American Thyroid Association (ATA) guidelines and American College of Radiology (ACR-TIRADS) scoring system are the two most commonly used in Australia and New Zealand 2,3. The figures below show the sonographic characteristics that are concerning based on a scoring system (ACR-TIRADS) or risk stratification (ATA) which then determines whether FNA is indicated. 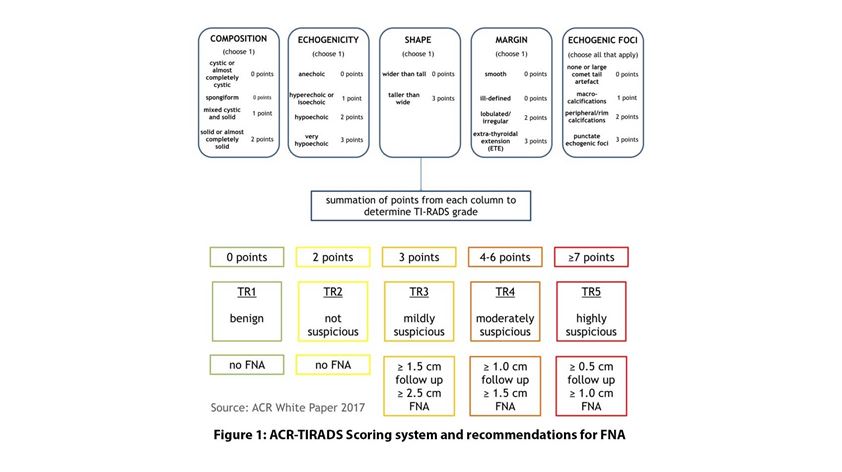 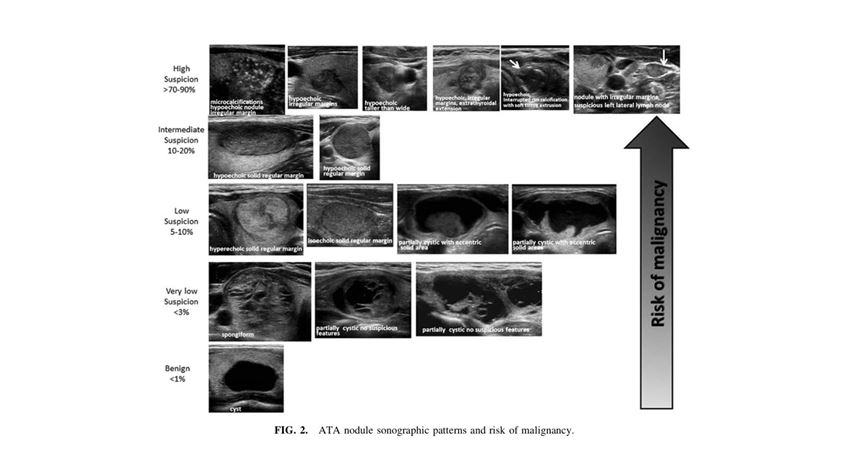 Following the ATA guidelines, a FNA is warranted in all 2

Note that there will still be malignant looking thyroid nodules detected on US under 1cm and despite the guidelines these should be assessed by a specialist thyroid surgeon for suitability for observation vs surgical removal based on size and anatomical location in the lobe with respect to the future possibility of extrathyroidal extension, tracheal invasion or recurrent nerve invasion.

What do the biopsy results mean?

Cytological results from the FNA are classified in 6 categories.

Professor Stan Sidhu is a highly qualified and experienced surgeon specialising in minimally invasive thyroid surgery. Widely respected, he performs over 500 operations every year and is a world renowned academic su 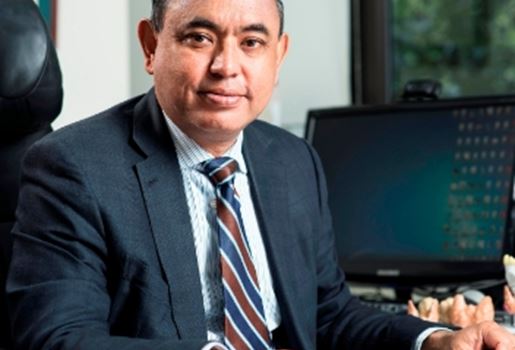 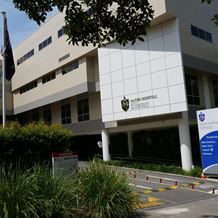 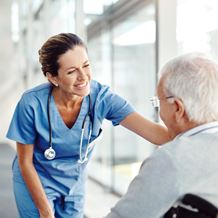 We have expertise with diabetes and a range of endocrine disorders 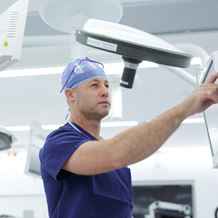